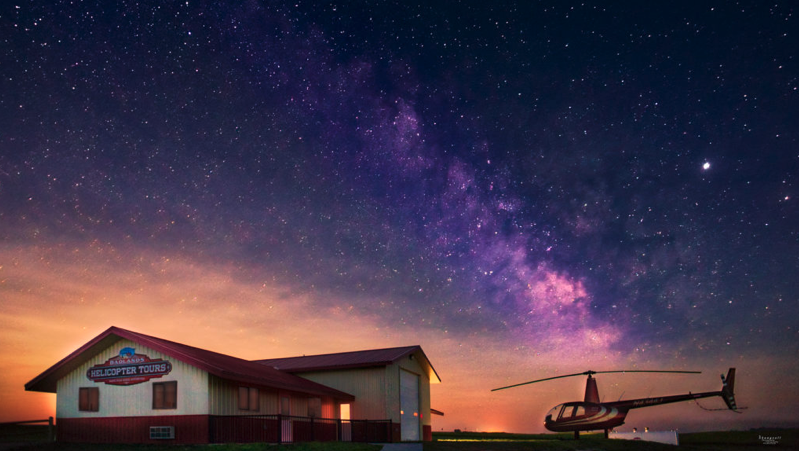 We are excited to announce the winners of the first annual LogTen Pro and Aero Crew News Photo Contest! There were 72 entries from 27 countries garnering over 1,000 votes. It came down to nine finalists with photos that span the globe from Badlands National Park to Lizard Island on the Great Barrier Reef, Queensland, Australia and points between. We are overwhelmed with the success of this endeavor and look forward to launching the contest year after year. We thank all who entered and those who voted to participate in our premier contest. In these pages, we are honored to present the winners with their fabulous photo entries.

Along with bragging rights, prizes are:

Alisson’s photo entry was taken during takeoff on Rio Canumã in the Brazilian state of Amazonas, deep in the heart of the Amazon Rainforest. He claims the Cessna Caravan Amphibian is the most incredible airplane he’s ever flown. He believes it’s the best aircraft for water landings and takeoffs on the Amazon and its countless tributaries. Alisson told ACN, “I saw many amazing things flying in the Amazon Rainforest region, including native tribes that live without any modern conveniences including health care.”Alisson is a first officer with LATAM Airlines in the Airbus A320. Before he was employed by LATAM, he flew out of Manaus in an amphibious Cessna Caravan. His journeys took him to isolated parts of the Amazon Rainforest, often ferrying government officials and fishermen looking for the ultimate in remote, exotic angling. Sam’s striking photo was captured on a flight from Marrakech to Paris, returning from a holiday vacation. He was sleeping when his sister awakened him to see an F-18 from the Spanish Air Force. It was flying in formation with our Boeing 737 and stayed with their flight for about ten minutes. The captain explained that it was, in fact, an interception exercise. Sam commented on the memory, “It made my day! Fortunately, I had my camera, and I did not stop taking pictures up until it gracefully banked away and left us.”

Sam is a 19-year old Franco-Belgian student in France with two big passions – aviation and photography. He aspires to become an airline pilot but until then, he flies himself in a PA28 around Luxembourg, Northern France and Germany. Matt dramatically describes his photo: “Picture this, the sun has just come up over the Bay of Bengal on an early morning flight to DPS (Bali, Indonesia). We're in the middle of dodging the seasonal thunderstorms when an Etihad A380 appears on the horizon. They do look big when sporting full contrails! The closing speed between heavy jets is close to 900 knots so there wasn’t much time to get this shot but a burst of photos from my iPhone captured this beauty. The sight of the pressure wave ahead of the aircraft makes it look particularly impressive.

Matt is a Boeing 777 first officer for a Middle East airline and has been flying for about 15 years. The thing he loves most about his job is the places it takes him and the people he meets. His fondest memories are of flying throughout his home country of New Zealand in a Dash-8 when visual approaches and hand-flying were regular treats. Jeff Stafford entered two photos and both placed in the top ten! Jeff claims that his passion for flying started at a very early age while riding in missionary aircraft in central Africa with his parents who were educators there. Today, he is based in Hong Kong as a CAM and Line Training Captain with TAG Aviation Asia, flying a G-450. The tremendous growth in business aviation in the Far East led him to his current gig from a stateside career in a variety of aircraft.

Jeff’s fourth runner-up entry is a Falcon 900LX winglet at sunset which was taken on an aircraft demonstration flight where he was able to ride along as a passenger back into Hong Kong. Usually up front, Jeff doesn’t often have the opportunity to enjoy the cabin of a business jet. He said of the flight and the photo, “It was a great experience to sit back, be catered to, and be inspired by the ever-changing lighting as day turned to night. What an aircraft.” The photo was taken with a Panasonic DMC-FZ18. Jeff’s fifth runner-up photo is taken of the view through the heads-up display on the G-450 at 38,000ft. He marvels, “The views through the HUD remains a wonder to me. The scale of knowledge represented in the tech we get to play with is formidable. Hats off to the designers and engineers who’ve made this pilot’s life a dream come true.” In addition to the heading, altitude, speed, and navigation references, the Enhanced Vision System (EVS) incorporates a FLIR (forward looking infra-red) camera that provides IR imaging information of ground and inflight environments which is particularly useful when operating in low-visibility and adds significantly to situational awareness. This photo was taken with an iPhone XS Max. Stefaan has asked that we only use his last initial because he is an active-duty pilot with the Belgian Air Force. He has been flying the C-130 since 2007. His dramatic photo was taken during a training exercise that took them to Rømø Beach, Denmark. On this sortie, two C-130s flew in formation and was taken from the open ramp of the overflying wingman. The landing strip on the beach measured only 3000ft by 60ft, which is the absolute peacetime minimum for a C-130 Hercules. David Curtis – Another Day in the Office

David Curtis was always fascinated with aviation and now has the privilege of flying to almost every remote corner of Australia. In 2018, he joined East Air, a Far North Queensland company with a twice-daily commercial service to Lizard Island in a Cessna C208B Caravan. The island is located 130nm north of Cairns, Queensland, Australia and is home to a five-star resort attracting guests from around the world who come to enjoy the amazing scenery of the Great Barrier Reef.

Flight time to Lizard Island is only one hour from his home base in Cairns but his family usually only hears about it. David was inspired to capture the wonder of the reef and Lizard Island to share the beauty with family and friends. On the day he took the photo, he was flying two crew which allowed him to take this amazing photo. He said, “It’s truly the best office in the world!” Karim, who lives in Madrid, Spain took this photo of the iconic San Sebastián coastline while on a cross-country flight through northern Spain that started and ended in Madrid with stops in Santander, Bilbao, San Sebastián, and Pamplona.

Karim is working toward his ATP while flight instructing. He aspires to continue to capture great photography. He said, “Hopefully soon, I’ll be taking pictures at a much higher flight level!” Helicopter pilot, Kim Skaugvoll captured this photo in the Badlands National Park in South Dakota with one of his trusted Canon cameras, a 5D MKIII. The lack of ambient light in such a remote area allows one to see the Milky Way so with a little two-second exposure and some camera magic, Kim has provided a beautifully composed picture that gives us the awesomeness of nature coupled with an image of his tour helicopter.

Kim’s love affair with helicopters began at the moment of his birth, quite literally. He was born above the Arctic Circle in Norway in a Huey helicopter. All his life he dreamed, then worked, to become a helicopter pilot. He said, “I'm living proof that if you have the right mindset and the never-give-up attitude, you can do whatever you set your mind to. Now, I get to live my dream flying helicopters – always learning and evolving as a pilot.”