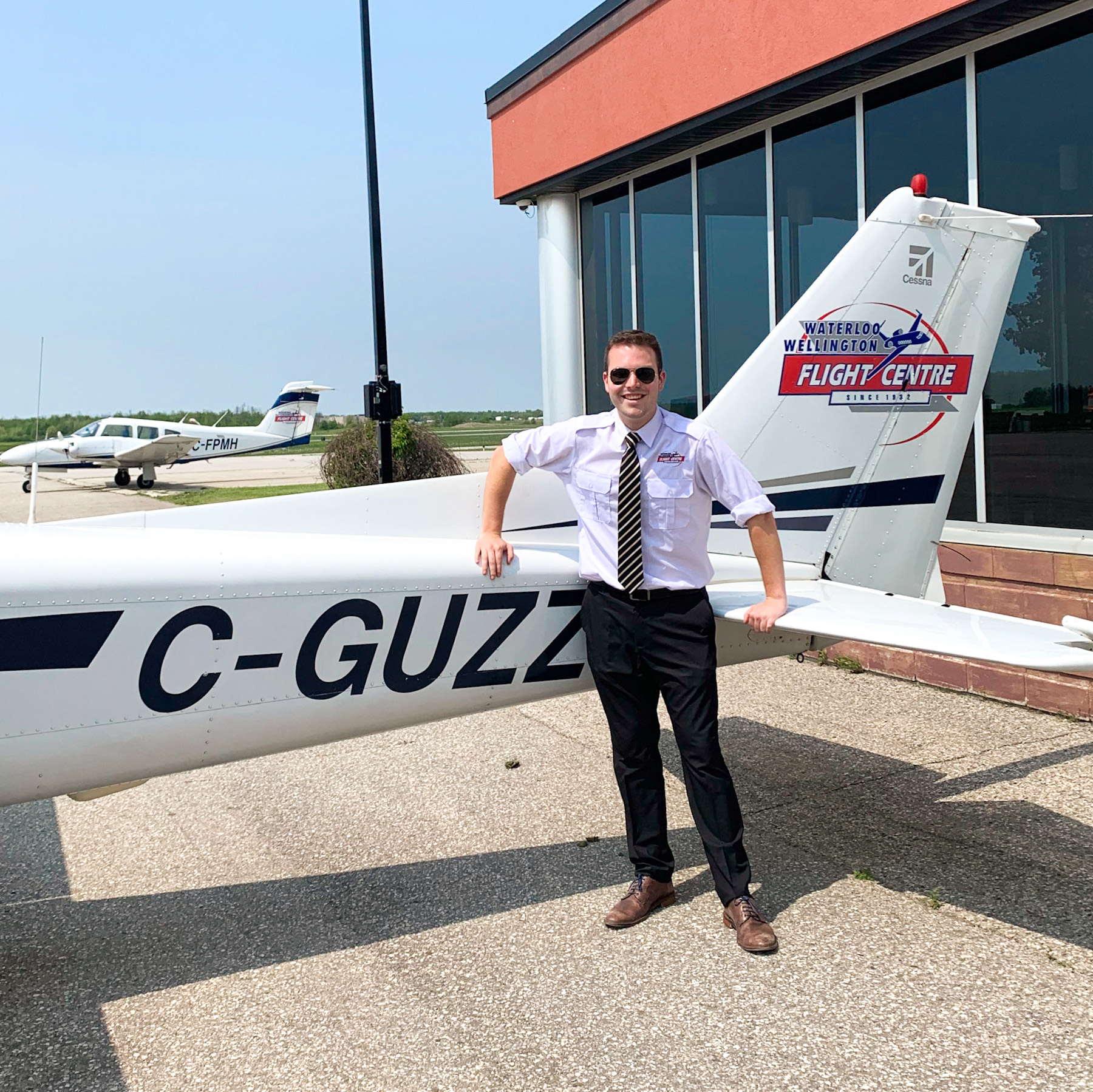 We are excited to announce the winner of our 2020 CFI/CFII scholarship in partnership with the NGPA! Derek MacPherson is a 21 year old Canadian pilot currently working on his CFI training in Ontario. Like many of us in aviation, Derek was bitten by the "flying bug" early, and as he steps into the role of CFI, he hopes he can pass his enthusiasm on to as many other pilots as possible before moving on to his ultimate dream of flying for the airlines. He explained "It’s hard to describe it in words, but there’s a feeling that comes with being up in the air that’s just so refreshing and addicting. The feeling is somewhere between total peace, excitement and wonder, and it’s made me see the world in a whole new way."

Derek first learned to fly in his home province of British Columbia. After getting his glider and private licenses, he loved to rent an aircraft and cruise around the Vancouver area enjoying the epic views of the mountains and water. His drive to build a career in aviation never dampened, even after the nose wheel blew out on one of his very first landings ever! This year he will graduate from his aviation program at university, which he is very much looking forward to.

Though flying is a dream that many share, it can be hard to afford the upfront costs. "As anyone in aviation knows, the biggest barrier to entry into the career is the cost of flight training. It’s one of the few professions that requires an incredibly expensive upfront investment, and job prospects on the other side can be a lot more variable and lower-paid than law or medicine," Derek pointed out. "Being able to help prospective students over that barrier means another person getting to realize their dreams and fulfill their love of flight. I’m so incredibly thankful to the generosity of the entire team at Coradine for being able to pass this on to me as well and help me become a flight instructor."

Derek told me that he has been so lucky in his aviation career so far, and attributes much of that to his wonderful mentor Johnathan at the NGPA who helped him find peers and navigate the scholarship application process. He was inspired to help set up the Ontario NGPA chapter to bring new students into the community. He believes in paying forward what he can, which we completely agree with here at Coradine – We want to do everything possible to get every person who dreams of flight into the flight deck, and scholarships like this is one of the ways we can do that. We are so excited to be able to help Derek on his path to the airlines.

In his free time, Derek loves to ski, and is practicing his Mandarin which will be his 4th language! He has also used his downtime in 2020 to improve his aviation photography, and you can follow along here if you're interested in seeing his dramatic photos.