How The World's Best Pilot Job Resource Was Born 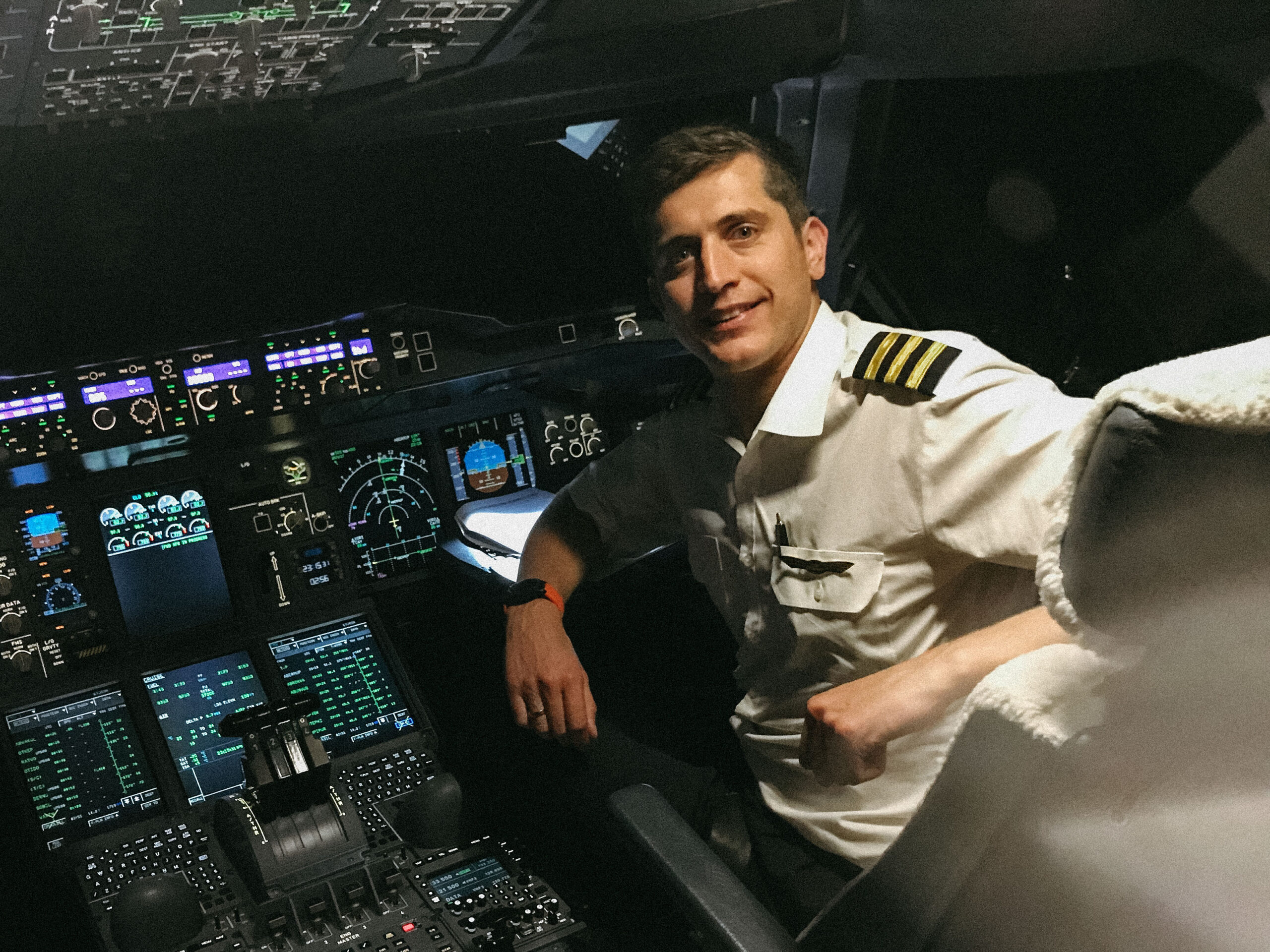 Meet Ben Hall - CEO of Pilotbase. Unlike most pilots I talk to, Ben didn’t always know he wanted to fly. Growing up he had no family or friends in aviation, and he never really considered a career as a pilot. He joined the military cadets during high school and was quickly drawn to the Army Air Corps, who fly attack helicopters in the UK. However, after his height prevented him from folding himself into a fighter jet, and then a rugby accident stopped him from joining the military at all, his life took a different path. Without the possibility of pursuing military flying, he decided to look into other options in aviation.

Not knowing a single pilot, Ben was a bit overwhelmed getting started. He called a large flight school nearby to ask about flight lessons, but was very quickly in over his head as they rattled off a number of confusing acronyms – at this point Ben had no clue what ATP, PIC, SIM or UTC meant, and also no idea if he needed a JAA, EASA, or FAA license. He had to sheepishly admit he may have jumped the gun a little, and he spent the next few months doing extensive research to figure out exactly what he wanted to do.

When Ben finally did start flying, he was lucky enough to join a program which was based in the UK, but had students do most of their training in South Africa at an old Air Force base that had been completely converted for trainee pilots. He explained, “You live on the airfield and benefit from the lovely weather and cheap fuel costs. The airspace is nice and uncontested, and some of the landscapes are just breathtaking. Still my favourite country I’ve visited!”

Ben flew for an airline in the Middle East for 8 years before moving to look at jobs in Europe. He told me about one his wildest pilot experiences ever, while flying an Airbus A320 from Abu Dhabi to Baghdad as a very junior first officer. The flight was going perfectly until final approach when the aircraft in front of them suddenly reported they had been hit by gunfire! Understandably, Ben was freaked out! This definitely hadn’t been covered in flight training! It turned out that there was a big wedding near the final approach and guests had unthinkingly shot into the air in celebration, hitting the plane by mistake. Though it all turned out ok in the end, Ben said “After that, every time I flew into Baghdad, I sat on a big tech log for some extra protection.”

After his stint in the Middle East, Ben was surprised to learn just how difficult it was to find pilot jobs in Europe. Not only were general job boards just not at all set up for pilots, he couldn’t even find information about salaries or sample rosters to get an idea of what airline he might like to fly for. At one interview he was shown only an “indicative” salary and could not be given actual details until signing a contract. From this frustration, Pilotbase was born.

Pilotbase is a job board built just for pilots, but it is also so much more. With new LogTen pilot logbook integration, pilots can easily find jobs tailored exactly to their specific flying and qualifications, without having to enter any of their flight data by hand. Ben explained that he didn’t want finding a pilot job to feel like trying to get into a secret club - he wanted to make it easier for the pilot and easier for the recruiter. At Coradine we couldn’t agree with that more, and we are very excited to be partnering with Pilotbase to create new innovative services that streamline pilot job search.

Read more about the integration here, and reach out if you need any help getting set up and on track for your dream pilot job!