Almost to Space - The #LogTenLife of Pilot Brandon Jones 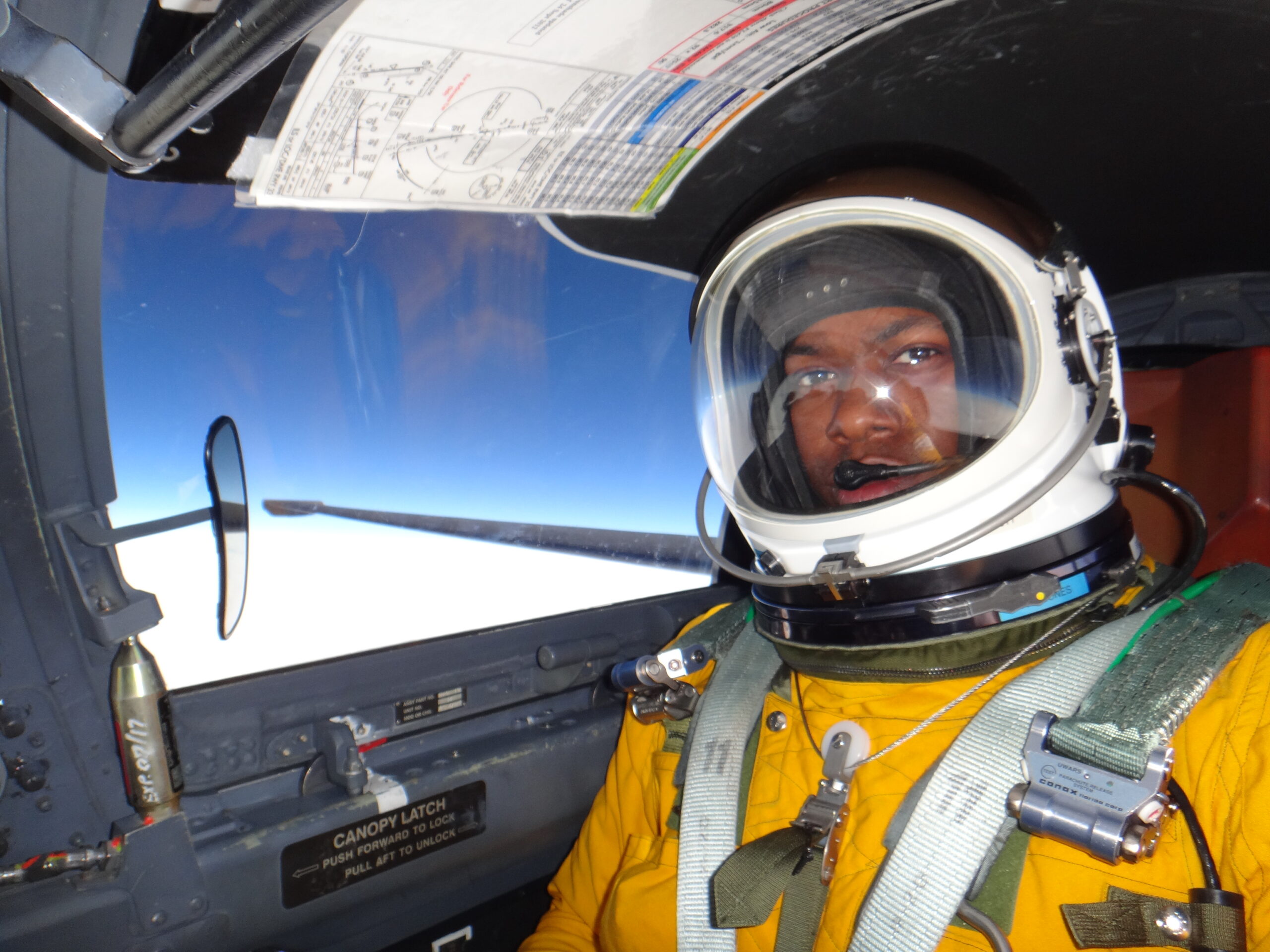 Meet cargo pilot Brandon Jones. Dedicated and enthusiastic, Brandon is the kind of pilot who will always greet you with a big smile. He’s a particular favorite of ours at trade shows and aviation events because he always makes sure to come by our booth to say hello.

Brandon loved the idea of flying as a child, but the cost to get into aviation seemed daunting. Once he was old enough, joining the Air Force seemed like the natural choice. When he finished at the academy they sent him to flight training where he was finally able to earn his private pilots license. He explained that while learning to fly in the Air Force solved not being able to afford flight school on his own, it was a very intense experience.

One story Brandon told me about his time in the military will have you at the edge of your seat. He and another pilot were practicing in a T-38 jet trainer, which was very rudimentary with no advanced avionics. While waiting to take off, they both got quite sucked in to watching other planes coming and going. When it was their turn for takeoff things all went smoothly at first, but very quickly they both noticed that they were not climbing nearly as quickly as they should have in a supersonic jet. The treeline was coming up fast. Suddenly they realized that despite all of their experience and training, they’d gotten distracted watching the planes and completely forgotten to put out the flaps! Thankfully they were able to hastily fix their mistake and narrowly avoid the trees. Laughing, Brandon finished the story with, “That was definitely a lesson I’ve never forgotten. I might make a lot of mistakes, but I don’t think I will ever forget the flaps!”

When I asked Brandon if he would ever fly to space, his response was immediate. “Hang up the phone right now and I'm there. That was my whole dream. My entire life!” While it may not have quite been space, he was excited to tell me about getting to wear a spacesuit (pictured above) and fly the U-2 at 70,000 feet, high enough to see the curve of the earth. He wistfully added, “I was just born in the wrong twenty or thirty year span. If I was twenty or thirty years older I could have caught the end of the shuttle, and if I was twenty or thirty years younger, I could have been in on this new wave. But I’m luckily I did get to fly.”

Brandon’s enthusiasm for his logbook comes in as a close second to his love of space. He’s a huge advocate for electronic logbooks and keeping all of his flight data neat. He explained, “It’s a no brainer because of the ability to correct mistakes, to have a uniform looking product and a professional looking product, devoid of white outs, crossed out entries, coffee stains, and bad penmanship. Your logbook represents everything you’ve done as far as aviation.” He then proceeded to launch into a sales pitch for LogTen Pro that I don’t think anyone here at Coradine could rival! He’s so passionate about pilots and especially other ex-military pilots getting their logbook data into digital format that he loves to help friends and colleagues set up spreadsheets and import those into LogTen Pro. He may truly be our biggest fan!

When he isn’t flying, Brandon loves basketball and is on a mission to convince his precocious five-year-old daughter to follow in his footsteps one day and learn to fly. He said “I figure if I can make it, anybody can! ‘Cause I was not Top Gun. I wasn’t anything special. I had issues at certain times in training, but I made it through.”

Thank you so much to Brandon Jones for sharing his story! You can check out more LogTenLife stories here and here. 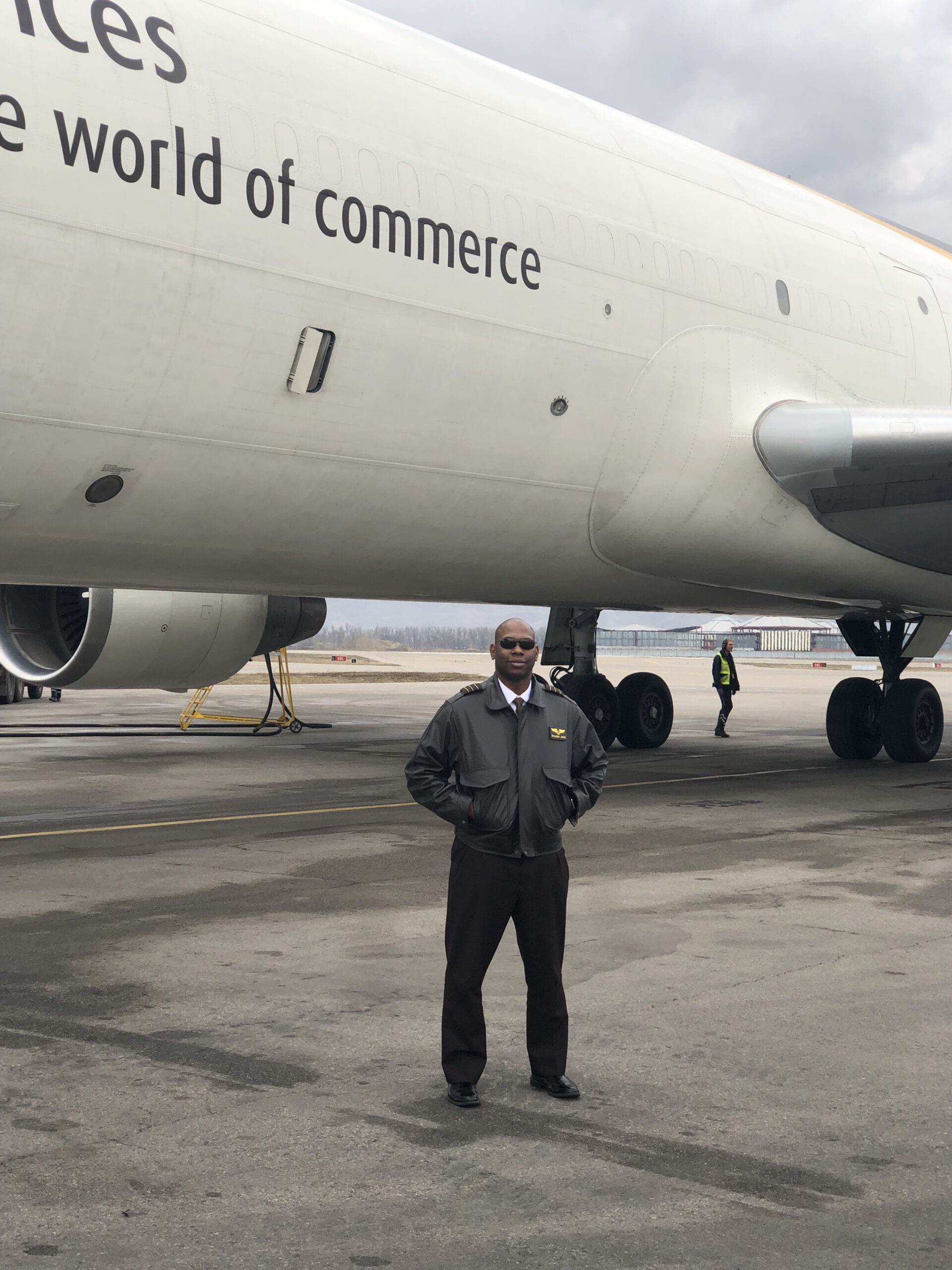